Incentive programs are a powerful tool to pump sales, boost revenue and reward outstanding sales performance of your team, partners or distributors. It is important that your programs are crafted to build relationships that will stand the test of time and ensure your brand remains competitive. Our team work with you to design programs that have clearly defined goals and objectives.

There is nothing more rewarding for a leader than to watch the people they lead succeed. Incentive programs are a great way to achieve success, to promote and maintain your company values.

When selecting a destination, we take into consideration that your delegates are likely to be well-travelled and may even have visited the destination before, so we need to create an incentive program with a lasting impressing. There is an amazing calendar of global events that can be incorporated into Incentive programs to add a life-long memory of their experience.

Some of the most successful and rewarding incentive trips have included the highlight of the attendees experiencing some of the best in world events as part of the program. Location, location, location – when it comes to the world’s major events, it’s all about the location.  Today’s global calendar is filled with an exciting range of events, both right here in Australia and on the world stage.

When planning our next Incentive, here are some of our ‘top pick’ events for 2019 – 2020 and hot spot locations for creating an experience they will remember for years to come. 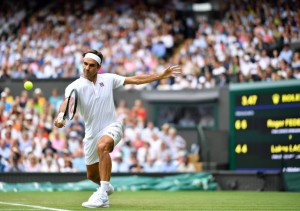 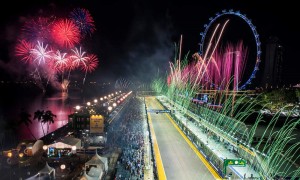 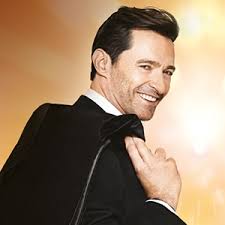 Wimbledon, London – Monday 1 July – Sunday 14 July
The oldest tennis tournament in the world, Wimbledon is widely regarded as the most prestigious. It has been held at the All England Club in Wimbledon since 1877 and is played on outdoor grass courts.  The World of tennis descends on Wimbledon for 2 weeks of first-class tennis, attracting over 500,000 spectators from around the world.

Grand Prix, Singapore – Sunday 22 – Monday 23 September 2019
The FORMULA 1 SINGAPORE GRAND PRIX is a spectacular night race run on the streets of Marina Bay in downtown Singapore. The circuit lights create a brilliant strip carving its way between the water and the city’s skyscrapers, adding beauty to the picturesque scenery of the Marina Bay. The numerous types of off-track entertainment including the post-race concerts have also played a significant part in increasing the popularity of this fresh and sparkling Grand Prix.

The circuit is lit by thousands of powerful floodlights and is a mix of high-speed straights and bumpy slow corners, making it a real physical challenge for the drivers as they weave their way between the barriers. And although the race is held in the dark of the night, the powerful lights around the circuit provides such strong illumination that the drivers get the feeling of racing in the middle of the day.

Hugh Jackman has made an impression on audiences of all ages with his multi-hyphenate career persona, as successful on stage in front of live crowds as he is on film. From his award-winning turn on Broadway as the 1970s singer/songwriter Peter Allen, to his metal claw-wielding Wolverine in the blockbuster X-Men franchise, Jackman has proven to be one of the most versatile actors of our time. Jackman garnered his first Academy Award® nomination, for Best Actor, for his performance in Tom Hooper’s Les Misérables, based on the popular stage show created from Victor Hugo’s famous novel of the same name. Jackman’s standout performance as protagonist Jean Valjean also earned him a Golden Globe Award for Best Actor in a Comedy/Musical, as well as Screen Actors Guild (SAG) Award® nominations, for both Best Ensemble and Best Male Actor in a Leading Role, and a BAFTA Award nomination. Most recently, he was nominated for his role as P.T. Barnum in The Greatest Showman. Sales for the soundtrack to the film have broken records the world over and reached multi-platinum status in many countries including the UK and America.

Since its inception in 1994, the Presidents Cup has become one of the most eagerly awaited and highly watched events in the world of golf. Top players from the United States are pitted against an International Team culled from the ranks of the finest golfers outside Europe. The aura of international cooperation and civility that permeates the tournament has not served to cool the competitive fire that burns within these players.

The competition on the international team’s home soil promises to deliver the most exciting opportunity for the international and U.S team to break the tie that remains from two past playings at this illustrious golf course.

Olympics, Japan – Friday 24 July – Sunday 9 August 2020
The summer of 2020, Tokyo will host the XXXII Games.  It will the second time that Japan has hosted the games, Tokyo last hosted the games in 1964.  In 2020, there will be a total of 33 Olympic Sports and 22 Paralympic Sports will be contested at the Tokyo 2020 Games.  For many of us, attending the Olympic Games is a once-in-a-lifetime opportunity.

Rugby World Cup, Japan – Friday 20 September – Saturday 2 November 2019
The Rugby World Cup 2019 in Japan is the ninth edition of this showcase event and the first to be hosted in Asia.  The RWC will host 48 matches set across 12 spectacular Japanese cities, the perfect opportunity to combine ‘destination travel’ with a sporting adventure.  Hosted once every four years, the Rugby World Cup is Rugby’s centrepiece event that players from all around the world dream of reaching in their rugby career.

Australian Open Tennis, Melbourne – 20 January – 2 February
Melbourne in January means only one thing – the Australian Open. With the world’s top tennis players fighting it out for the first Grand Slam title of the year, there’s no better place to be.

The stars of tennis make Melbourne Park their own as the on-court action and off-court entertainment of Grand Slam tennis take over the city. Over two adrenaline-charged weeks, see the world’s best tennis players hit the global stage at Melbourne Park to battle it out for the ultimate glory.

Super Bowl, Miami – Sunday 2 February 2020
The Super Bowl is the annual championship game of the NFL, the highest level of professional American football in the United States, culminating a season that begins in the late summer of the previous calendar year.

The American Football Superbowl is easily the greatest sport events and television event in the United States. Last year, the Super Bowl drew 111 million viewers.  The Super Bowl LIV will be in beautiful Miami, Florida in 2020.

Formula One Grand Prix, March 2020, Melbourne
The Formula 1® Rolex Australian Grand Prix is one of the most glamorous events on the sporting and social calendar. Where you will enjoy unprecedented networking opportunities in a stylish setting.  The eyes of the world turn their focus on Melbourne as anticipation for the season opening event at Albert Park reaches fever pitch. The world’s fastest cars just got faster and 2017 marks a new era. These cars will be faster than ever, set to lap the iconic Albert Park Grand Prix circuit up to five-seconds a lap quicker than in previous years.

The sport’s international superstars, past winners and present champions ready themselves to fight for victory on the track – Australia’s Daniel Ricciardo among them. 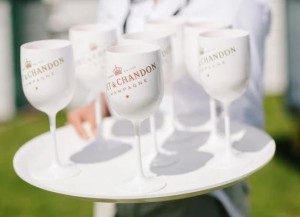 Spring Racing Carnival, Melbourne
The Melbourne Cup carnival is an unequalled in world-class event that encompasses the finest racing, entertainment, fashion, culture, food and wine all in once place, Flemington Racecourse.  Whilst the undisputed heroes of the Melbourne Cup Carnival are the stars of the turf, the accompanying fashion frenzy that seizes Melbourne in Spring is truly spectacular.

Queenstown
One destination that has year round appeal and absolutely spectacular at anytime of the year is Queenstown – a destination that offers action packed fun that attendees will remember for years to come.

Hong Kong
Hong Kong is a bustling, cosmopolitan metropolis surrounded by mountains and sea. The city is Asia’s flagship financial centre, and enjoys a unique economic relationship with both China’s booming markets and the UK.  With its stunning harbour, incredible hotels, buzzing nightlife and unique experiences around every corner, it’s easy to see why.

It is mild for more than half the year. There are mild, relatively dry winters, and hot, humid, and wet summers. The best time to visit Hong Kong is from October to early December, when the weather is sunny, cool, and pleasant. Spring is a cloudy season in Hong Kong.

Located in the heart of the Great Barrier Reef, the Whitsundays are made up of 74 Island Wonders, on the beautiful tropical coast of Queensland, Australia. A visit to the Whitsundays is a feast for the senses. 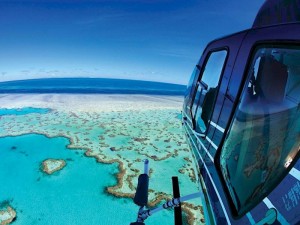 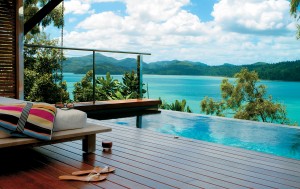 Hayman Island, in the heart of the Great Barrier Reef presents astonishing natural beauty, restorative peace, indulgence and adventure. Australia’s iconic private island resort is located off the coast of Queensland, nestled at the northernmost point of the Whitsunday archipelago, beyond verdant cliffs reaching into endless sky. Discover endless opportunities to delight the senses in a place where the beauty of nature inspires each day.

Relish in spectacular dining experiences, explore private beaches and immerse yourself in captivating underwater adventures. Hayman Island is a unique destination of discovery set in one of the seven wonders of the natural world – Australia’s Great Barrier Reef.

Hamilton Island is the premier resort isle in the Whitsundays, sitting on the eastern edge of the Great Barrier Reef.  With award-winning sailing, diving and luxury resorts, The Beach Club and Qualia.

Qualia’s understated style and luxury, elegant private pavilions capture the Whitsundays beauty of a blue horizon edged with islands.  Each of qualia’s 60 light-filled pavilions faces the water, surrounded by lush tropical bushland within the resort. All pavilions boast the spectacular tropical bushland or stunning postcard views of the Whitsundays. Natural tones of timber, stone and glass reflect the serenity of qualia’s Whitsundays locale, subtly framing the seafront setting and providing sweeping views from every room.

The Beach Club is an adults-only oasis, positioned overlooking the Coral Sea. With its spectacular beachfront location, private restaurant and lounge, child-free ambience and personalised service, the Beach Club Hamilton Island is the ultimate getaway.

Our team work with you to develop a powerful program that will continue to build a culture of loyalty and motivate your staff and partners to live and breathe your brand.