Last year during a conference in Fiji we had the privilege of meeting the amazing Taryn Brumfitt, the internationally recognised speaker and passionate leader behind The Body Image Movement .  This experience was not only life changing for the attendees but meeting Taryn, literally changed our lives and how we view our bodies.

We had the opportunity to hear Taryn tell you story about her Embrace You journey and to see the acclaimed documentary EMBRACE.   This week celebrates International Women’s Day and we can’t think of a better way to celebrate our relationship with our bodies and to take a moment to watch this award winning documentary that will change the way you think about women’s bodies.

Our team were so taken by Taryn’s story that in 2019, Taryn Brumfitt and the raising of funds for the making of EMBRACE KIDS is our passion project.  The making of this documentary is important for the relationship that children have with their bodies and will be made with the same passion, heart and soul as EMBRACE for 8 – 14 year olds.  Why do so many boys and girls hate their bodies and what can we do about it?

The documentary will cover topics including social media, photoshopping, ‘fitspiration’, the influence of media and advertising on body image and role models.  It will also unpack why body image has become a global problem of epidemic proportions and will offer solutions to help children to foster a positive body image.

The most amazing goal for Taryn in the making of EMBRACE KIDS, is the plan to donate the 30 minute documentary to every school in Australia to educate our future leaders on the positive body image movement. 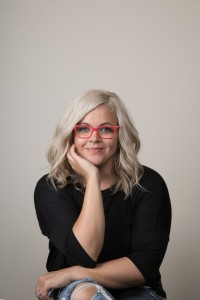 ABOUT TARYN
Taryn is a the fiercely passionate thought leader behind The Body Image Movement.   She is a best-selling author and director of the inspiring social-change documentary Embrace. Taryn’s global crusade to end the body dissatisfaction epidemic has seen her recognised by the United Nations Women, Amy Poelher’s Smart Girls and the Geena Davis Institute.

Taryn’s determination to shift the way the world thinks about themselves and their bodies has the support of high-profile personalities including Olivia Newton-John, Rosie O’Donnell, and Ashton Kutcher who famously praised her activism as being ‘good for the world’.

The Statistics by Dr Zali Yager and Dr Ivanka Prichard
A recent study of more than 1500 adult women around the world has proven the social media impact of Embrace documentary, finding the viewing of the film transformed women’s lives for the better.

Higher Body Appreciation – women who had seen Embrace had much high body appreciation, and lower levels of body shame, self-objectification, and dieting.

Improved Body Image – those who had seen Embrace were less likely to treat their body as an object, to believe that they should be thin or be ashamed of their body.

Dr Zali Yager is an Associate Professor at Victoria University in Melbourne, Australia. Zali has an international research reputation for her expertise in the promotion of positive body image in school settings, including evaluation of programs and content, and teacher education.

Dr Ivanka Prichard is a Senior Lecturer at Flinders University in Adelaide, Australia. She has a PhD in Psychology, and her research focuses on promoting positive body image and encouraging healthy lifestyle behaviours (i.e., a healthy diet and exercise) in all age groups. In particular, Ivanka has expertise in the influence of media on body image.

HOW CAN WE HELP?
Taryn is running the Adelaide Marathon in May with the goal to raise $250,000 for the Embrace Kids documentary. No Child Should Hate Their Body…..support Taryn on 26 May by contributing via the gofundme.

If you would like to join us and make a fully tax deductable donation to EMBRACE KIDS click on the Documentary Australia Foundation link and don’t forget to read the heart warming supporter messages.

Speaking – Taryn will share her personal and professional life experience, along with leading industry research, to deliver inspirational messages in the areas of leadership and building high performance teams, body image, breaking the rules to achieve your goals and social change.

Partner with Taryn and the Body Image Movement for the journey raising $500 thousand to make the documentary, and the additional funding to screen it nationally; and the important mission to roll out to all schools in Australia.  Contact our Essential Solutions team to talk about how you, your team or your organisation can join us on the Embrace Kids journey to support Taryn on this mission to provide a brighter future for our children. Email: [email protected]